At least eight people were taken to hospitals after an active shooter was reported on the Ohio State University campus Monday, authorities said.

Watts Hall is the university’s materials science and engineering building.
OSU senior Anthony Falzarano, 22, said he was in class at the time of the shooting.
“We heard a lot of sirens. I was in class and everyone got a text message at the same time for the emergency alert,” he told CNN. “Someone said they heard popping right before we got the alert, but I didn’t hear it. We are in a shelter-in-place right now in the building next door. “

Cops putting up tape, wearing vests and grabbing their guns

Falzarano said “there’s a lot of police and fire trucks and an ambulance outside the building.”
“The officers are putting on Kevlar vests and have big weapons,” he said. “I can’t see anyone going inside the building — there’s just so many cops here.”
Sophomore Wyatt Crosher said he heard gunfire from across the street.
View image on Twitter 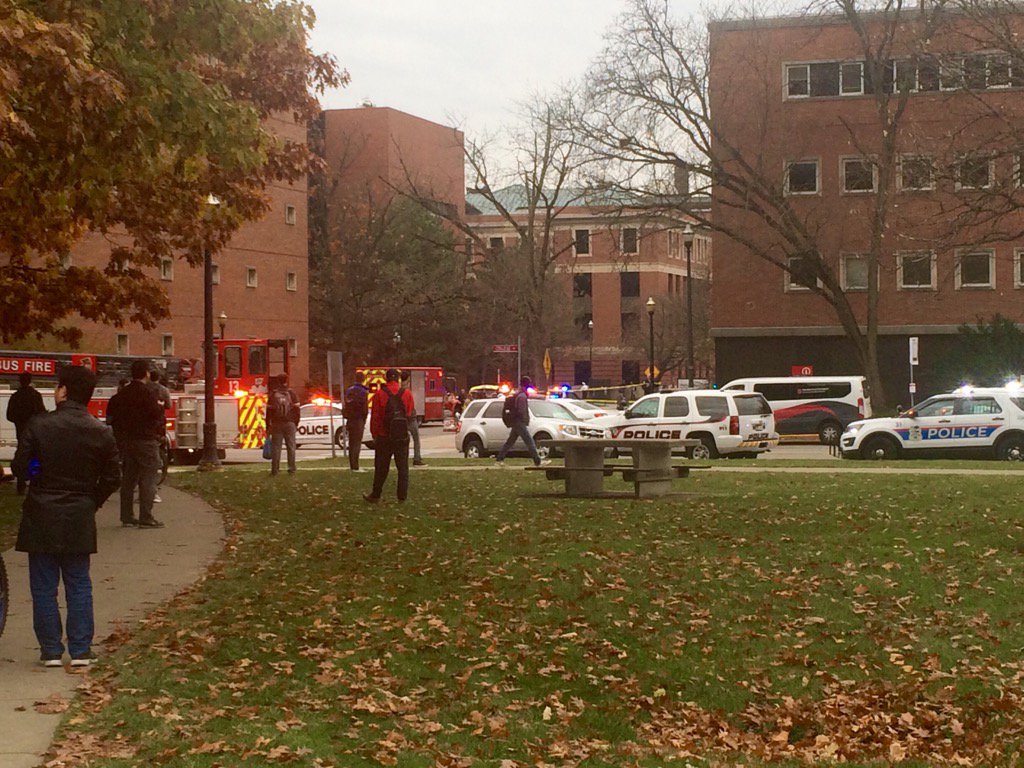 “My roommate and I heard about three or four gunshots from across the street, and soon after we heard a bunch of police and ambulances pull up across the street,” the 19-year-old said.
“We can’t see the building where the shooting happened because of a dorm blocking our view. It truly sounded like gunshots, and really soon after we heard a bunch of sirens. We can see the police cars from our dorm.”
Students were moved back from the scene as police investigated.
Ohio State University’s main campus in Columbus is one of the largest in the United States. The university has more than 65,000 students enrolled across the state.
In addition to local authorities, the Bureau of Alcohol,Tobacco, Firearms and Explosives is on the ground in Columbus, spokesman Dave Coulson said.

Are Israel and the US planning to attack Iran?

Apocalyptic fires cause devastation across Israel, Syria, Lebanon and Turkey

‘BE READY’ Inside the far-right American ‘militia networks’ arming themselves for ‘Civil War’ as...

Thanksgiving 1918 took place during a deadly pandemic. What can it teach us for...

Healthcare Anita Martir Rivera - November 22, 2020
0
This is viewer supported news. Please do your part today.
Like Us on Facebook!

Police warn if you get these in your trick-or-treat bag, they’re...

‘BE READY’ Inside the far-right American ‘militia networks’ arming themselves for...