The news first emerged in April, with local newspaper Chosun Ilbo quoting anonymous defense ministry sources and noting that the ministry had previously downplayed the seriousness of the hacking.

According to Rhee, the ministry still has to identify the content of about 80 percent of the 235 gigabytes of data that was stolen.

“The Ministry of National Defense has yet to find out about the content of 182 gigabytes of the total (stolen) data,” the lawmaker said in a statement quoted in the South Koreannews agency Yonhap.

He also said that among the stolen files were Operation Plans 5015 and 3100. The operation plans are classified to the point that South Korean lawmakers from both ruling and opposition parties protested about the superficial briefing received by defence officials when they were introduced in 2015, as reported in the local press at the time. 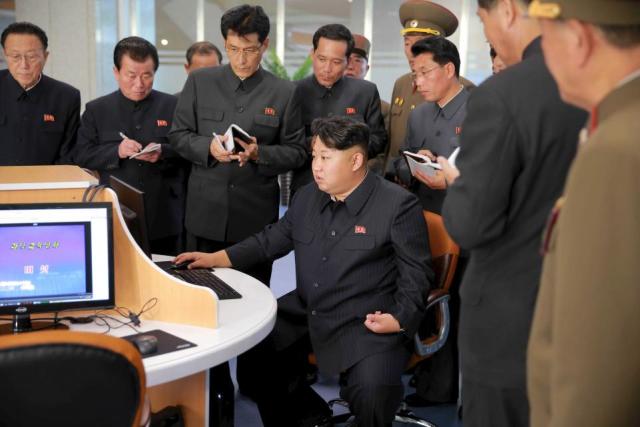 It later emerged that OPLAN 5015 includes a pre-emptive strike on the North’s nuclear and missile facilities, as well as “decapitation attacks” against Kim and the rest of the North Korean leadership.

While OPLAN 5015 is seen as a blueprint for a limited war, OPLAN 3100 instead deals with Seoul’s response to possible North Korean localized provocation or commando infiltration.

According to Rhee, the hackers have also gained infortmation about state-of-the-art military facilities, power plants and the joint military drills with the U.S. as well as reports meant for U.S. commanders.

North Korea has denied reports of the hacking, but it is no secret Pyongyang has trained a group of elite hackers over the years. In 2014, a North Korean defector spoke of his experience at the country’s military college for computer science where top students are hand-picked to join the cyber warfare cell. Cyber security experts also believe Pyongyang hackers may have been behind the global “WannaCry” ransomware global cyber attack in May.

In 2016, South Korea said more than 140,000 computers at 160 south Korean firms and government agencies had been targeted by North Korean hackers. Among the stolen files were military documents related to blueprints for the wings of F-15 fighters, Reuters reported.

State of emergency declared, 10,000 ordered to evacuate in Michigan after dams burst

More than 5 million Americans to be infected with coronavirus and 290,000 will die...

Healthcare Evangelist Anita Fuentes - May 20, 2020
0
This is viewer supported news. Please do your part today.
Like Us on Facebook!

Evangelist Anita Fuentes - October 27, 2016
0
PUPILS at a primary school were forced to chant "Allahu Akhbar" and “there is no God but Allah", an appalled father has claimed. The father...

Here’s What The Ingredients In Energy Drinks Actually Do To Your...

NASA scientists detect parallel universe ‘next to ours’ where time runs...