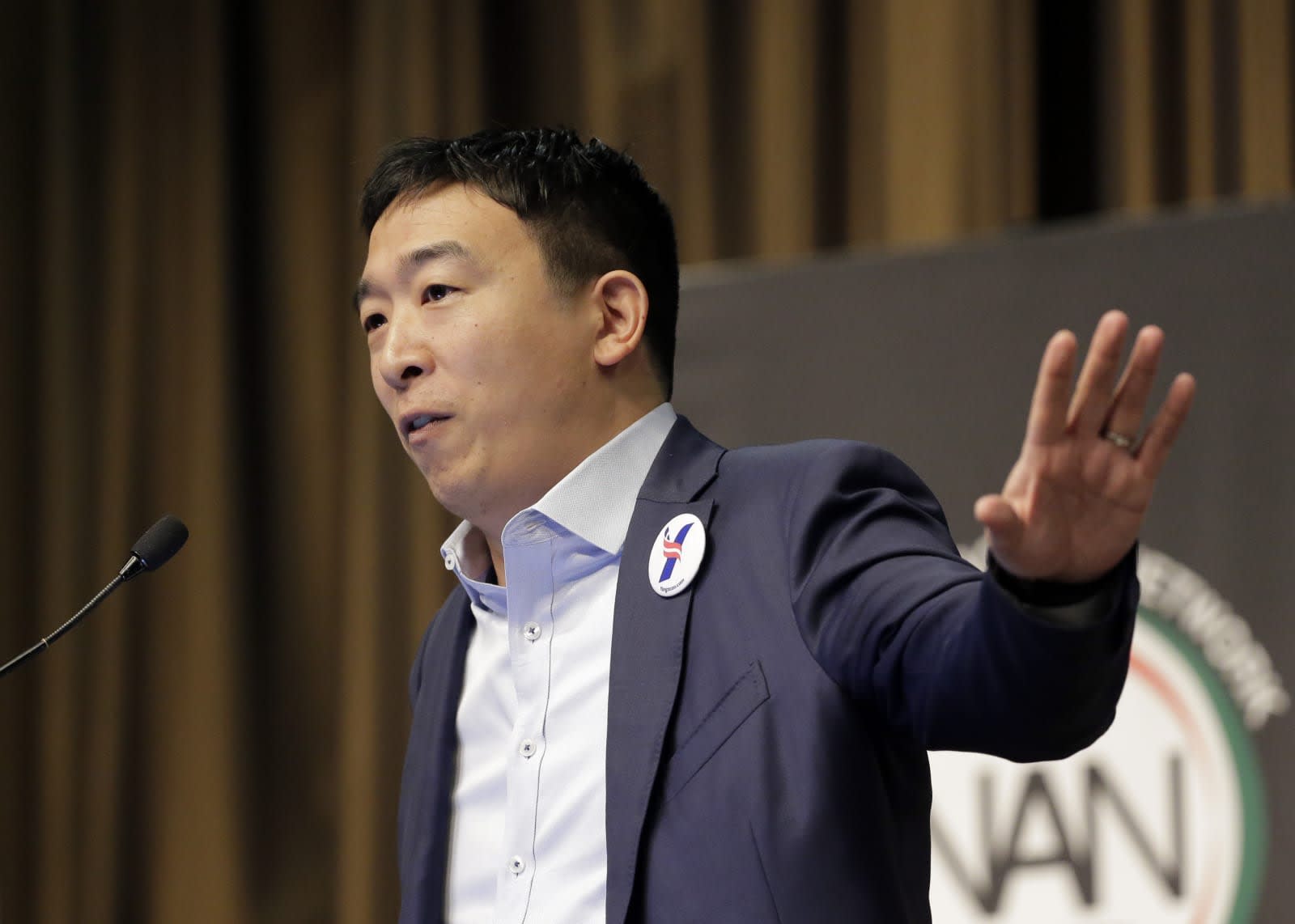 Democratic presidential candidate Andrew Yang revealed this week that he’s planning to use a 3D hologram to hold campaign rallies in multiple cities at the same time. Yang discussed the hologram during an appearance on TMZ Live. The segment showed off a hologram version of Yang dancing and performing with the famous Tupac hologram that appeared at Coachella in 2012.

Me trying out being a hologram with hologram Tupac 👍 pic.twitter.com/IclQvAa27z

Somewhat surprisingly, Yang didn’t get ratioed off of Twitter for toying with Tupac’s legacy. Instead, the candidate received a considerable amount of positive feedback for the concept, suggesting there just might be an audience out there for Yang’s ideas, even if they are presented via hologram.

Yang plans to use the hologram, broadcast from the back of a truck, to deliver a recorded version of his stump speech to crowds in battleground states. Yang would set up in a studio and remotely beam into the rally to answer questions live and in real-time after the speech finished. The technique could save Yang, a longshot for the Democratic nomination at this point, a considerable amount of travel costs while helping to rally supporters and generate interest in key areas.

One of the youngest candidates in the field of presidential hopefuls, Yang has generated some interest with his embrace of new ideas and technologies. One of the primary promises of his campaign is a universal basic income, a concept that has been favored by many in the tech industry for years as a way to combat creeping automation.

‘BE READY’ Inside the far-right American ‘militia networks’ arming themselves for ‘Civil War’ as...

Thanksgiving 1918 took place during a deadly pandemic. What can it teach us for...

Healthcare Anita Martir Rivera - November 22, 2020
0
This is viewer supported news. Please do your part today.
Like Us on Facebook!

Anita Martir Rivera - January 21, 2018
0
“We apologize for the inconvenience,” said a news release from Beaumont Health System, which operates eight major hospitals in southeast Michigan. “All Beaumont Health hospitals are...

‘BE READY’ Inside the far-right American ‘militia networks’ arming themselves for...