In one week, eight earthquakes between magnitudes 1.4 to 2.5 hit the Western North Carolina region, according to the U.S. Geological Survey (USGS).

The strongest earthquake was a magnitude 2.5 around 11 p.m. EDT Wednesday approximately 2.5 miles southwest of Cherokee.

Last night's 2.3 magnitude earthquake near the North Carolina/Tennessee border is a reminder that eathhquakes can & do happen in our state. Register for the Southeast Shakeout earthquake drill on Oct. 17 and practice your earthquake preparedness. #ReadyNChttps://t.co/u2rZRmmyCu pic.twitter.com/bxWv0jl0Ge

Three of the quakes were within hours of each other on Wednesday night, and they were nearby one another. The first one was a 2.3-magnitude earthquake at 8:13 p.m. EDT near Cherokee, North Carolina.

Four hours later, at 11:03 p.m. EDT, a magnitude 2.5 earthquake struck approximately two and a half miles away.

The third earthquake with a magnitude of 2.1 hit a few minutes later, at 11:14 p.m. EDT. The quake was almost at surface level, according to the USGS. 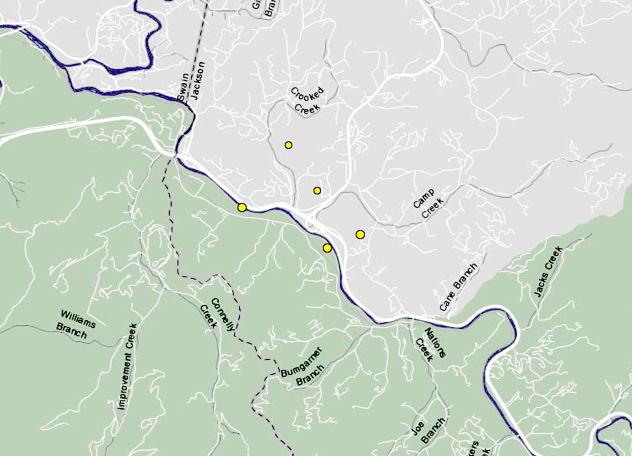 Five of the earthquakes near Cherokee, North Carolina were in close to proximity to each other.

Most of the quakes happened between three and four miles in depth below the surface. WFMY News reported people felt their house shake and heard a loud “boom” that sounded like an explosion in the 2.3-magnitude earthquake that hit in between Arcadia and Advance. Others felt the quake as far away as Winston-Salem.

There were no reports of injuries or damage.

Japan planning to release over a million tonnes of radioactive water into sea from...

DINING ON DEATH Coronavirus – Nine people infected from just ONE meal after sharing...

Bible Prophecy Evangelist Anita Fuentes - February 12, 2020
0
This is viewer supported news. Please do your part today.
Open Your Eyes People Livestream
Like Us on Facebook!

Pastor Defends Use of Explicit Jay-Z Song in Service, Says He...

Evangelist Anita Fuentes - August 10, 2017
0
By Leonardo BlairThe Rev. Marcus Murchinson of Tree of Life Missionary Baptist Church in Los Angeles, California, is unapologetic. There is nothing wrong with a few expletives...

Japan planning to release over a million tonnes of radioactive water...

Asteroid alert: NASA spots a 48,400MPH asteroid barreling towards us on...