The all-caps message on the new sign that went up in Redding, California, after the coronavirus came to town could not be any clearer: ONLY FLUSH TOILET PAPER.

It made its debut last week on the corner of Smile Place and Russell Street after a desperate soul clogged one of the city’s sewer lines by wiping with pieces of shredded T-shirt — and flushing them down the toilet, the city confirmed.

Quick work by members of the city’s Department of Public Works averted what could have been a smelly disaster, officials there said.

“The sewer line that had plugged up last week was not substantially different than any other sewer blockage from people flushing products that they aren’t supposed to, just that it was during the toilet paper shortage and was intentionally flushed in lieu of traditional toilet paper,” Ryan Bailey, assistant director of public works, said in an email to NBC News. “The item was specifically cut T-shirts.”

What happened in Redding is not an anomaly.

There have been reports of sewage systems and toilets clogging across the country as Americans faced with a shortage of toilet paper have resorted to using baby wipes, paper towels, napkins and tissues — and flushing them away. 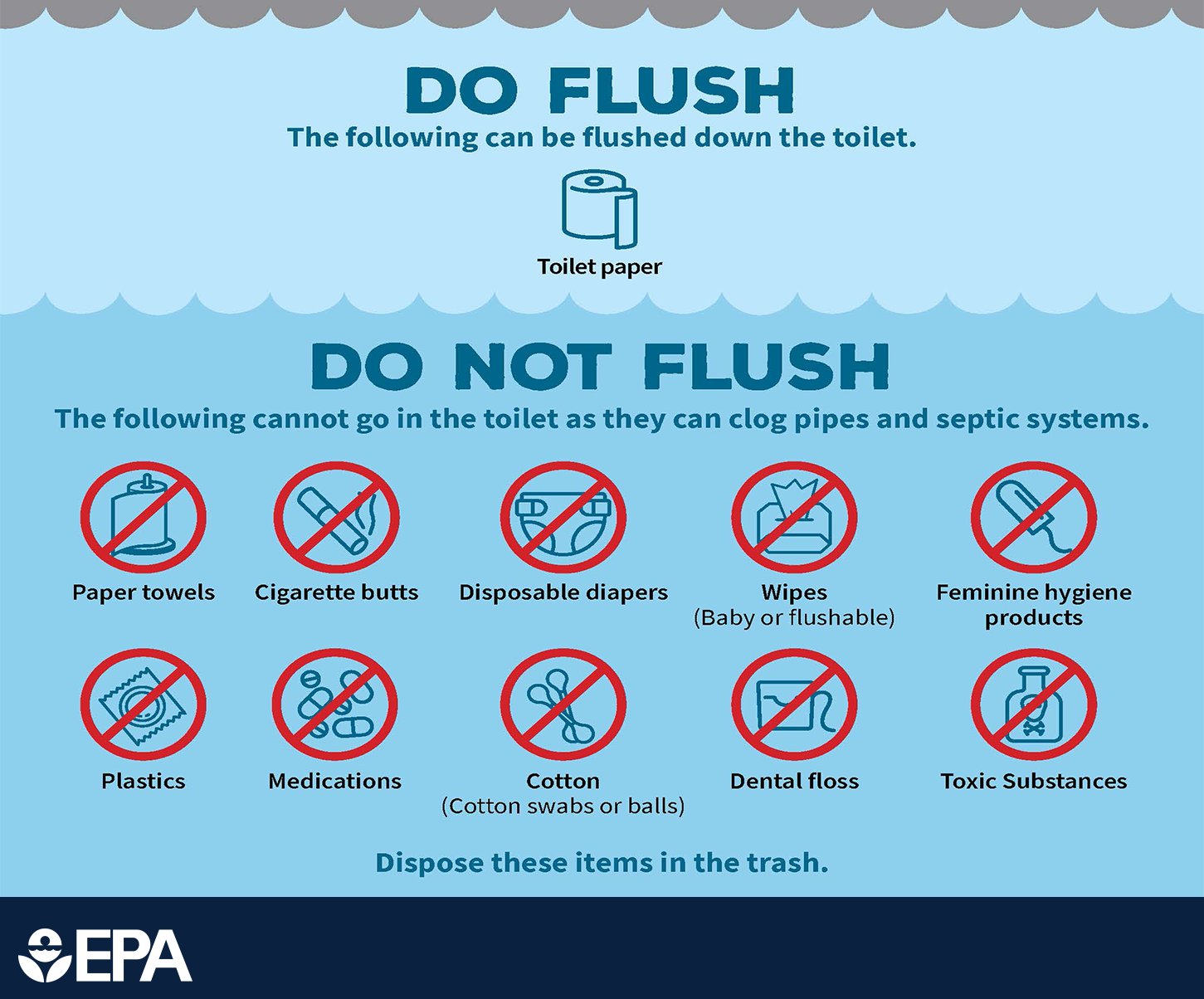 “Toilets are not trash cans,” the Environmental Protection Agency said in a tweet posted Monday.

Roto-Rooter, one of the nation’s biggest plumbing service providers, has sent out an email to its many customers spelling out the “flushing rules.”

“If you’re all out of toilet paper, there’s no perfect solution, but you should never flush paper towels and napkins,” the rules state. “They don’t dissolve quickly in water and are likely to cause your toilet to back up. Facial tissue is another bad idea, but in the absence of toilet paper, you can use it in small amounts if you flush frequently.”

In South Florida, the Miami-Dade Water and Sewer Department urged residents to bag dirty wipes instead and throw them out with the trash.

“This increase in the use of cleaning wipes is only exacerbating a problem we deal with on a daily basis,” Jennifer Messemer-Skold told the Miami Herald.

The county already removes 300 tons of wipes from its sewer system every month, the paper reported.

And in Chicago, retired plumber Craig Campeglia told the Chicago Tribune that he expects the phones of sewer drain experts will be ringing off the hook once the shelter-at-home rules start easing up.

China Anita Martir Rivera - May 8, 2021
0
This is viewer supported news. Please do your part today.
Like Us on Facebook!

Anita Martir Rivera - December 2, 2016
0
You probably didn't hear of it, but it could have caused an international incident, and it was a major sign of the times.Rabbi Jonathan...

Hundreds of birds drop dead from trees in Poland

Asteroid twice as big as Statue of Liberty and ‘potentially hazardous’...