US President Joe Biden on Tuesday (local time) announced that the United States is predicted to reach the mark of 160 million fully vaccinated Americans by the end of this week.

“By the end of this week, we’ll have reached the mark of 160 million fully vaccinated Americans. And that’s a goal I set in March that I’m thrilled we’re going to hit just a few days after July the Fourth. So, we will have 160 million fully vaccinated Americans — up from roughly 3 million when we took office five months ago,” White House said in the statement. 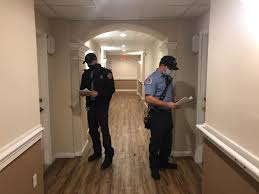 Earlier, the Biden administration has fallen short of the July 4 COVID vaccination goal to have 70 percent of Americans at least partially vaccinated.

Just over 67 percent of American adults have had at least one Covid-19 vaccine and more than 157 million Americans are fully vaccinated as of Tuesday morning, according to the US Centers for Disease Control and Prevention.

During remarks at the White House, Biden reiterated his plea for Americans to get vaccinated.

The statement stated, “Study after study after study has shown that, since early May, virtually every COVID-19 hospitalization and death in the United States has been among the unvaccinated.”

“Now we need to go to the community by community, neighborhood by neighborhood, and oftentimes, door to door — literally knocking on doors — to get help to the remaining people protected from the virus,” it added.

“My administration is doing everything it can to lead a whole-of-government response at the federal, state, and local levels to defeat the pandemic. But we need everyone to do their part. Millions of Americans have already done that. We have to keep it up though. We have to keep it up until we’re finished,” Biden said, adding “The best thing you can do to protect yourself and your family and the people you care about the most is get vaccinated. The best thing a community can do to protect themselves is to increase vaccination rates.

Tribe members react to Supreme Court decision that strikes at the issue of tribal...

A geomagnetic storm hit Earth at a million miles an hour and nobody saw...

Abortion Anita Martir Rivera - June 24, 2022
0
This is viewer supported news. Please do your part today.
Like Us on Facebook!

When Do Polls Close On Election Day And Where Should I...

Anita Martir Rivera - November 8, 2016
0
November 8, 2016 5:00 AM ETBARBARA SPRUNTJoshua Lott/AFP/Getty ImagesThe day that everyone has been talking about it finally here. While millions of Americans have already...

China: We need more nuclear weapons to deal with Trump

A geomagnetic storm hit Earth at a million miles an hour...