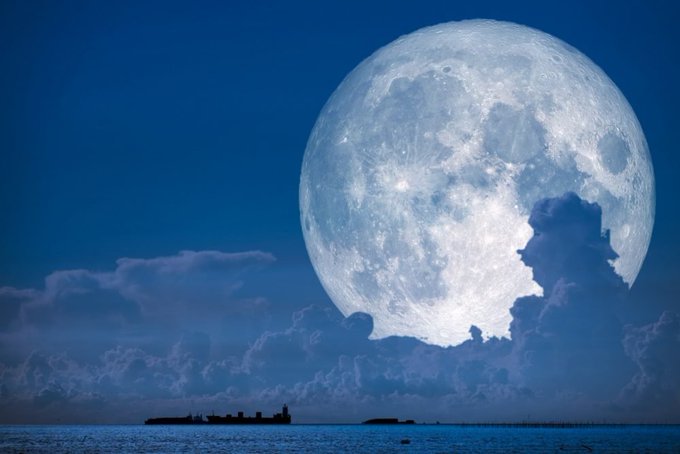 THE mega-ship blocking the Suez Canal has FINALLY been refloated and moved down the channel thanks to a supermoon.

Officials said that rescuers have successfully freed the front end of the monster cargo boat after moving the rear end at 4.30am local time.

Satellite data earlier today showed the Ever Given had been straightened after its rear end was moved thanks to high tides brought on by a supermoon.

Canal officials said the skyscraper-sized boat had been turned “80 per cent in the right direction” after the stern was shifted with “pulling manoeuvres” that moved it 335ft from the bank.

The megaship is now being towed to the middle of the waterway and toward the Great Bitter Lake, a wide stretch of water halfway between the north and south end of the canal.

Once there, the ship will undergo a technical examination, officials said.

Peter Berdowski, CEO of Dutch firm Boskalis which helped the rescue effort, announced the freeing of the ship.

He said: “I am excited to announce that our team of experts,
working in close collaboration with the Suez Canal Authority, successfully
refloated the Ever Given on 29 March at 15:05 hrs local time, thereby making free passage through the Suez Canal possible again.

“I’m extremely proud of the outstanding job done by the team on site as well as the many SMIT Salvage and Boskalis colleagues back home to complete this challenging operation under the watchful eye of the world.

“The time pressure to complete this operation was evident and unprecedented and the result is a true display of our unique capabilities as a dredging and marine services provider.”

But despite the ship being freed, clearing the backlog of vessels will take at least 10 days, data firm Refinitiv said.

Disaster struck when the 400m-long Ever Given became wedged in the shipping lane due to extreme weather conditions last Tuesday holding up £6.5billion a day in global trade.

Rescue crews freed the vessel using tug boats and digging, even as analysts warned the monster vessel may be too heavy for such an operation.

The salvage team dredged beneath the vessel’s bow with high pressure water jets to wrench the ship from the clay, said Berdowski.

Eleven tugboats were helped by several diggers which vacuumed up sand underneath at high tide brought on by a “supermoon” – a full moon which raises the water level due to its gravitational pull on the earth, canal services firm Leth Agencies said.

This morning, Berdowski said freeing the front end was not a “piece of cake” – however, the tug boats have managed to haul the mammoth boat over the clay of the canal bank.

About 15 per cent of world shipping traffic transits the Suez Canal – around 19,000 ships last year – which is a key source of foreign currency revenue for Egypt.

At least 369 vessels were waiting to transit the canal, including dozens of container ships, bulk carriers and oil and gas tankers.

Some ships had decided to reroute their cargoes around the Cape of Good Hope, adding about two weeks to journeys and extra fuel costs.

Crude oil prices fell after news the ship had been refloated with Brent crude down by $1 per barrel to $63.67.

Overnight, several dredgers had worked to vacuum up 27,000 cubic metres of sand and mud around the 200,000-tonne ship which is as big as the Empire State Building.

Another powerful tugboat, the Italian-flagged Carlo Magno, arrived at the scene on Monday, and the flotilla would now focus its efforts on the front of the ship, said Berdowski.

Although the ship is vulnerable to damage in its current position, its owner dismissed concerns saying that the boat’s engine was functional and it would head north when freed.

It wasn’t decided whether the Panama-flagged, Japanese-owned ship would continue to its original destination of Rotterdam or if it will need to enter another port for repairs, an official for boat’s owner Shoei Kisen said.

Ship operators did not offer a timeline for the reopening of the crucial canal, which carries seven per cent of the world’s oil.

Millions of barrels of oil and liquified natural gas flow through the artery from the Persian Gulf to Europe and North America.

Goods made in China furniture, clothes, supermarket basics bound for Europe also must go through the canal or else take the detour around Africa.

The unprecedented shutdown has threatened to disrupt oil and gas shipments to Europe from the Middle East and raised fears of extended delays, good shortages and rising costs for consumers.

High winds are understood to have blown the boat, which was en route to the Netherlands from China, across the narrow canal that runs between Africa and the Sinai Peninsula.

With canal transits stopped, Egypt already has lost over $95 million in revenue, according to Refinitiv.

The ship, its captain, its crew and Egyptian officials who boarded the vessel in the canal are all under scrutiny, reports say.

Shoei Kisen has apologised for the accident and said they are making every effort to free the stricken boat.

Authorities in Egypt are probing the crash and said high winds were likely a factor.

But they are also looking at possible human error and mechanical failure.

Yiannis Sgouras, a Greek ship captain who has passed, said usually two local officials, known as pilots, come aboard to advise the navigation through the canal.

Yet, it is the ship’s captain who has ultimate responsibility.

Capt. Sgouras, who has passed through the canal at least two dozen times, said: “Suez is difficult and still gives me the creeps.”

He told the Wall Street Journal that during gusts of wind “you really have to keep her steady. If you accidentally turn one degree you can lose her.”

In 2019, the Ever Given was involved in another serious accident when it crashed into a small ferry in Germany.

The container ship, operated by Evergreen Group, crashed into the vessel sparking a criminal investigation which ultimately did not find fault with the cargo ship’s captain.

Fearful Sights and Great Signs from Heaven: A massive comet as large as a...

Days of Noah Anita Martir Rivera - October 4, 2021
0
This is viewer supported news. Please do your part today.
Like Us on Facebook!

Trump Administration ‘working on steps’ to remove Assad of Syria from...

California declares state of emergency over deadly hepatitis A outbreak –...

North Korea says Trump is a ‘psychopath’ who may launch a...