On Monday, a bright orange glow bathed the streets of Kuwait City, like a wildfire without flames. In Tehran, the tip of the Milad Tower, the tallest structure in the city, could barely be seen. In Mosul, Iraq, a wall of dust blotted out the skyline. Further south, bridges disappeared into the haze.

At least one dust storm began on Monday in Iraq and traveled to Saudi Arabia, satellite imagery showed. NASA data showed dust reaching more than three miles into the sky, said Hiren Jethva, a Morgan State University and NASA scientist. The dust layer thinned over Saudi Arabia on Thursday and migrated toward the Red Sea.

More than 1,000 people were hospitalized across Iraq with respiratory problems as of Monday, Health Ministry spokesman Seif al-Badr told Agence France-Presse. The Iraqi government declared a national holiday Monday to keep people in their homes.

Flights were grounded briefly in Kuwait for the second time this month. Officials warned drivers in Riyadh, the Saudi capital, to move slowly. Schools and government offices in Tehran were closed last week, and hundreds of people in southern Iran sought medical help for troubled breathing and flights were delayed, the Associated Press reported.

Sand and dust storms, known as haboobs, have always been a feature of life in the Middle East, a region known for its deserts. The storms ramp up in the late spring and summer as seasonal winds blowing from the northwest, known as the “shamal,” kick up dust from the Tigris-Euphrates basin and transport it to the Persian Gulf and Arabian Peninsula.

But experts say the storms this year are particularly intense, as climate change and desertification increase their frequency. In Iraq, at least nine significant storms have hit the country since April. More are likely to materialize in the summer and, without major policy changes, could continue to get worse in years to come.

“We have had many more dust storms this spring than in the past,” said Salam Abdulrahman, a lecturer at the University of Human Development in Iraq, said in an email. “Every dust storm has lasted from one day to 2-3 days. Previous dust storms were shorter.”

Benjamin Cook, an environmental scientist at Columbia University’s Climate School, said three elements are needed for a sandstorm to take off: wind, a source of dust where there is little to no vegetation, and very dry conditions.

The recent storms in Iraq have stemmed in part from a lack of rain, water-flow issues and human activity.

2020-21 was the second-driest rainfall season in 40 years, resulting in crop failure. Conditions remain poor. In most of the country, groundwater storage, used for crop irrigation and drinking water, is near its lowest levels compared with long-term records, according to NASA data.

The limited water stunts vegetation growth, which loosens the surface for dust storms, said Abdulrahman. He said some locals in Iraq now refer to the dust storm activity as “soilfall” or “earthfall,” because the winds kick up layers of soil.

Wetlands in southern Iraq and Iran, where many people make a living off the land, are drying up.

Ismael al Ameri, a research fellow at Birkbeck, University of London, said the near-disappearance of Al Sawa, a salt lake about 150 miles south of Baghdad, will leave a new source of mud, silt and salt for sandstorms. The construction of dams on the Tigris and Euphrates rivers has added to the problem, he said, and more broadly, military operations in Iraq since 2003 have also damaged topsoil layers.

In Iran and Iraq, the storms are also connected to farming practices in the region and the mismanagement of shared rivers, said Banafsheh Keynoush, a nonresident scholar with the Middle East Institute’s Iran program.

The conditions driving dust storms have been exacerbated by human-caused climate change. The Middle East is heating up about twice as quickly as the rest of the world, which has warmed by about 2.3 degrees Fahrenheit since the preindustrial era.

“These climate extremes are widely reported as clear indicators of climate change,” said al Ameri, who has previously written on the subject. “This is combined with an increase in storm recurrence activity, not only in spring and summer, but in autumn and winter too.”

An Iraqi environmental ministry official said the country’s dusty days have increased from 243 to 272 days a year over two decades, according to data from the General Authority for Meteorology. He said Iraq could face nearly 300 days of dust storms per year by 2050, the Iraqi News Agency reported.

Climate change boosted odds of record heat in Pakistan and India
Iraqi Prime Minister Mustafa al-Kadhimi told his cabinet this month that the dust storms illustrate the effects of climate change and that “urgent measures” must be taken, according to a readout of the meeting.

Abdulrahman said that the dust storms lead to more water consumption, exacerbating shortages. “After every dust storm, people need to wash their house, yard, cars and trees and plants they have in their gardens,” he said.

The eerie orange skies and streets coated with sand come at a serious cost, as workers are forced to stay home, governments must invest in response and mitigation measures, factories close and flights are grounded. Dust storms also damage crops and deplete fertile soil. The United Nations estimates the Middle East and North Africa lose about $13 billion in gross domestic product every year due to these storms.

They also come at a cost to health. Sandstorm exposure can cause cough, runny nose, asthma attacks, eye irritation and other problems. In addition to natural particles, the storms carry harmful pollutants. Elderly people, children and individuals with respiratory illnesses, heart problems and other preexisting conditions are particularly vulnerable, the Iraqi government has warned.

The hospitalizations in Iraq on Monday came two weeks after a storm sent at least 4,000 people to the hospital with breathing issues. Another dust storm earlier in May led to a death, according to Agence France-Presse. Three people have died and hundreds were hospitalized in the province of Deir al-Zour in eastern Syria due to a sandstorm earlier this month, the Associated Press reported. Hospitals were on standby again there this week as the latest storm hit the area.

The Saudi Food and Drug Authority on Tuesday called on people to wear masks and refrain from eating food exposed to the open air to protect themselves from harmful particles carried by the storms.

Planting trees and other vegetation represents one solution. During the Dust Bowl in the United States in the 1930s, the federal government planted millions of trees to stop soil from continuing to blow across the Great Plains. These “shelterbelts” or “green belts” reduce soil erosion and preserved moisture in the soil.

Saudi Arabia plans to plant 10 billion trees in the next decades to reduce its carbon footprint and land degradation. Saudi Crown Prince Mohammed bin Salman unveiled a “Middle East Green Initiative” last year, hailed by the United Nations, to work with other Arab countries to plant 40 billion more in the region.

Iran, a regional rival, has spent 450 million euros ($483 million) over the past three years to mitigate sandstorm hot spots in the country by planting trees, stabilizing soil, constructing windbreaks and other measures, according to the Tehran Times.

Iraq has been experimenting with the strategy for more than a decade, planting eucalyptus and olive trees and date palms as part of a plan to shield the central city of Karbala, one of Iraq’s Shiite holy cities. But construction delays, funding shortages and neglect contributed to the project’s failure, Agence France-Presse reported. Some blame financial mismanagement.

The cabinet on May 10 directed the Finance Ministry to disburse some $2 million to implement a project to stabilize sand dunes, the Iraqi News Agency reported.

Governments in the region have invested in early-warning and monitoring systems for sandstorms, Keynoush said. 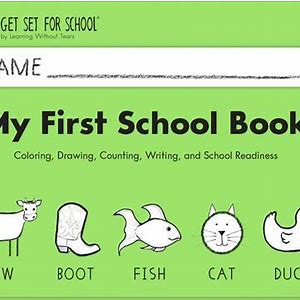